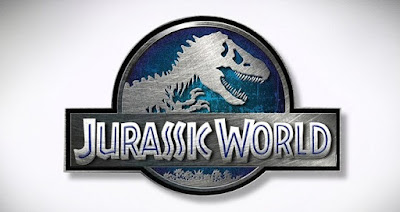 22 years since "Jurassic Park" (based on a best-selling novel by Michael Crichton) made its memorable entry into the forefront of technical magic and captured our imagination, executive producer Steven Spielberg ("Lincoln") brought back the nostalgia with "Jurassic World" and introduced it to the new generation under the helm of an indie director, Colin Trevorrow.

The adventurous park looks vividly real and unbelievably cool, fulfilling the vision of the famed founder of InGen, the bioengineering company who brought back the prehistoric creatures from extinction all those years ago. Visitors can travel around in monorails, walk past dinosaur holograms at the innovation center, pet baby dinosaurs, enjoy thrills and splashes from a Shamu-like show, kayak in a jungle river, take a safari ride, and roll along wide open fields inside gyrospheres.

Divorcing parents (Judy Greer and Andy Buckley) send off their young boys, Zach and Gray (Nick Robinson and Ty Simpkins) to the island for a holiday with their aunt, Claire. Although being a workaholic, Claire has mostly handed the boys to her personal assistant (Katie McGrath), who soon loses sight of them.

While the park is still doing well, corporate has mandated the creation of a new attraction in an effort to support increasing operating costs.  These days, no one is impressed with regular  dinosaurs anymore, so the park will have to continue to innovate and come up with something that carries a 'wow' factor with the public.

That something is Indominus Rex, cooked up in the lab headed by Dr. Henry Wu (BD Wong).  Bigger, badder and toothier than its counterparts.  A genetically enhanced hybrid creature composed of DNAs sliced from T-Rex and other mysterious species.

This monstrous creation concerns an ex-military man, dinosaur behaviorist and raptor trainer, Owen (Chris Pratt, Marvel's "Guardians of the Galaxy").  Sparks fly between the swaggering, laidback Owen and uptight, all-business Claire, who simply views the creation as an 'asset.'  He also butts head with the head of security, Hoskins (Vincent D'Onofrio), who would like to utilize these trained raptors for military purposes.

When Indominus escapes from its isolated paddock, it wreaks havoc and sets of a chaotic chain reaction.  Extremely smart and terrifyingly ferocious with camouflage capability, the bloodthirsty beast mercilessly chases and viciously kills every moving thing in sight.  Not only humans are in grave danger, other dinosaurs are too, leading to jaw-dropping, jump-out-of-your-seat action sequences.

When Claire realizes that her nephews are left on their own and lost in the woods, she and Owen team up to find them.  Even when they eventually reunite, threats and rampages remain at every turn.  Owen and the security force embark on a hazard-filled hunt to take down the Indominus.  Thankfully, Claire defies the high-heeled damsel-in-distress image, showing her true, courageous colors, playing a pivotal role in ending the indomitable Indominus' reign of terror.  A pretty neat final act.  And as far as character arc goes, she is it in this bare bones story.

What distinguishes the "Jurassic Park" franchise from being another monster movie is a genuine sense of wonder, showing us a world where these glorious dinosaurs return to life and live side by side with humans.

While no sequel can capture the magic of the original, an instant classic, there is a plethora of edge-of-your-seat,  prehistoric wonders in "Jurassic World."